Mills CNC, the exclusive distributor of Doosan machine tools in the UK and Ireland, has announced that Doosan’s highly popular range of ultra-productive DNM vertical machining centres has been expanded with the recent introduction of the new DNM 6700XL – a machine which, amongst its many attributes, features a 2.1 metre X-axis. 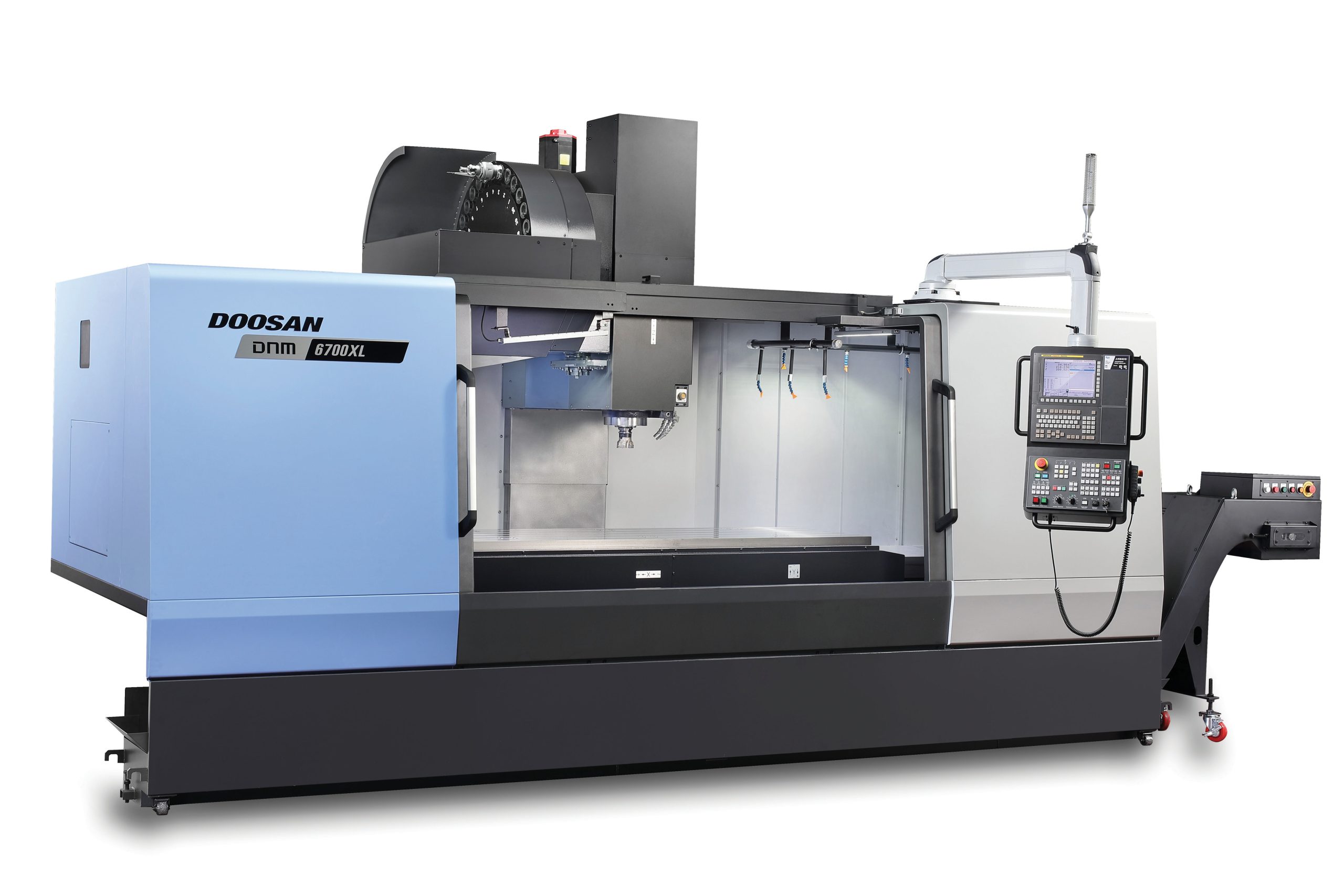 As such the new DNM 6700XL will appeal to component manufacturers who machine large and long parts, as well as those who want the flexibility to machine multiple ‘smaller’ parts in single set ups.

The new machine provides manufacturers with all the speed, power, precision and reliability that are the hallmarks of Doosan’s DNM range.

DNM 6700XL machines get down to business fast and boast impressive 36m/min rapid rates on their X- and Y- axes and 30m/min on their Z-axes. Unproductive non-cutting times are further reduced via the machines’ 30-position rapid automatic tool changers (up to 40 or 60 position options available) which are recorded as having a tool change time (T-T-T) of 1.2 seconds.

In addition to their obvious productivity credentials, the DNM 6700XL machines are also reliable and environmentally friendly and feature grease-lubricated axis travels (as opposed to oil lubrication), which help to reduce maintenance costs (by up to 60%) and machine downtime, and eliminate the need for oil skimmers.

“Some people say that size isn’t everything. But when you’re machining large parts – it makes all the difference.

“The introduction of the new DNM 6700XL is evidence of Doosan meeting market demand for a large, ultra-flexible and high-productivity vertical machining centre.”