Cambridge Precision celebrates 40 years of growth and success fuelled by innovation, continuous improvement and, in part, by a long-standing, mutually-beneficial partnership with Mills CNC.

The company, committed to innovation and continuous improvement across all aspects of its business operations, and armed with a bold brand positioning statement that guarantees “Excellence every time”, manufactures high-precision, complex parts for a growing and increasingly diverse domestic and international customer base. 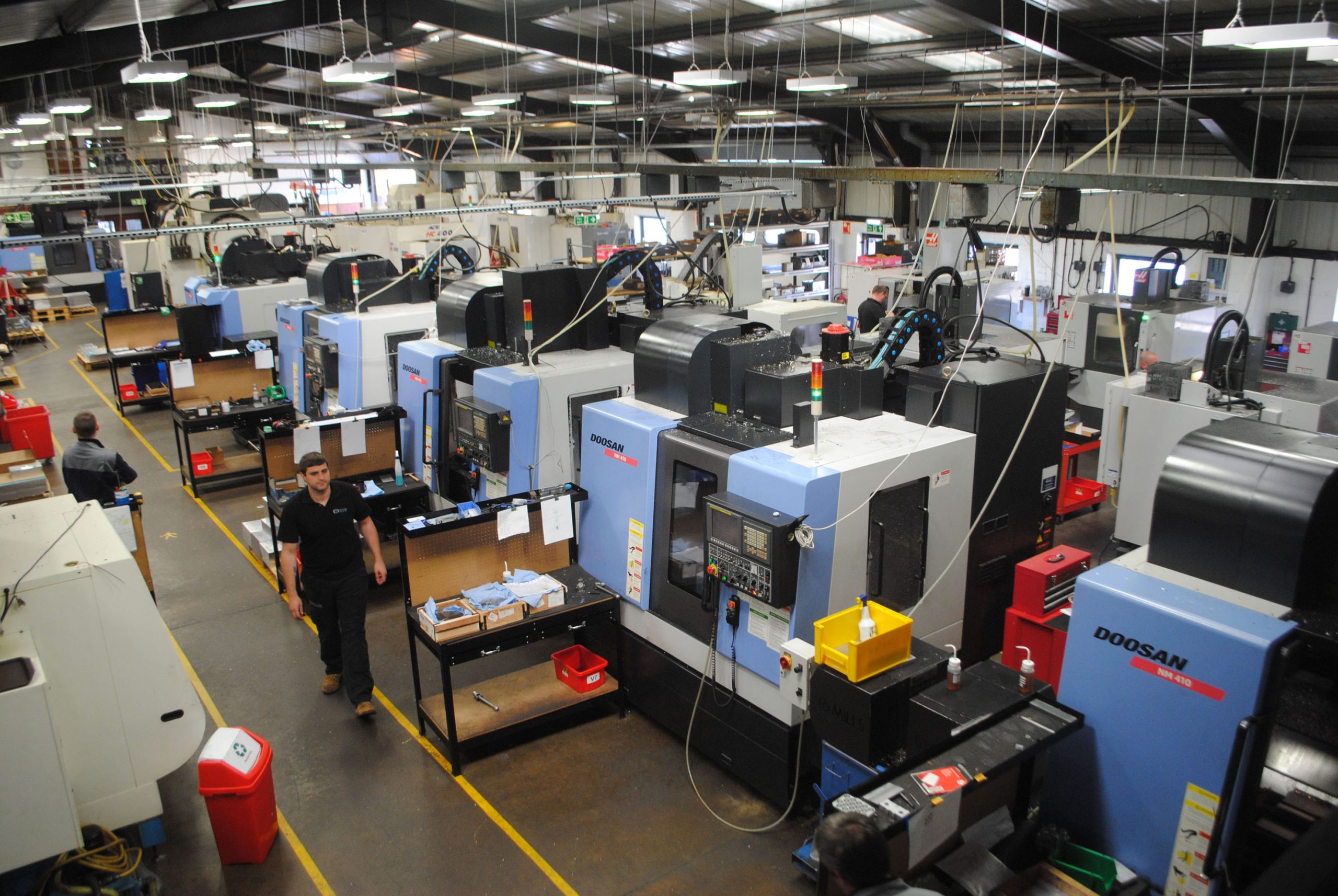 Whilst CPL’s range of clients, the type of work undertaken and the technology it has at its disposal have all dramatically changed over the last 40 years – some things have remained constant. Most notably, the company’s commitment to technical excellence, lead time fulfilment and cost-competitiveness – and to developing and maintaining long-term, mutually-beneficial partnerships with customers and suppliers alike.

One beneficiary of CPL’s loyalty and business approach is Mills CNC, the exclusive distributor of Doosan machine tools in the UK and Ireland who share many of CPL’s values and who, since the early 1980’s, have supplied over 26 machine tools to the company – the most recent of these being a new large-capacity Doosan DNM 650 II vertical machining centre, equipped with a 4th-/5th-axis unit, due for installation at the company’s facility at the end of June 2016.

Although 1976, in historical terms, is relatively recent – it is light years away when considering the technological advances that have occurred over the last 40 years.

It was at this the time that Cambridge Precision, then known as Craychase Ltd., was established by directors Mike Hobbs and Roger Whiteley.

In these early days, operating out of an ex-RAF ‘Prefab’ hut in the Great Gransden area of Cambridgeshire, the fledgling company, armed with a surface grinder and an assortment of manual machines began trading – making parts for local instrumentation and hydraulic equipment customers.

Despite relatively humble beginnings, Mike Hobbs was not content to let the company ‘just tick along’, and in the early 1980’s the company invested in its first CNC machine…supplied by Mills CNC, or to put it more accurately, by Mills Marketing Services Ltd.

“We approached Mills about investing in a Okuma & Howa 5VA vertical machining centre as a route to increasing and improving our manufacturing capacity and capabilities. We had recently moved to larger premises and had taken on more staff – and the time was right to invest in the latest machine tool technologies.

“The machine was expensive (£78k), and in truth I was nervous about making the investment.”

A meeting with Peter Mills, the managing director at Mills, proved to be decisive.

“We had researched the market to find out which machine tool companies delivered the best service and support, as well as which supplied high quality, reliable machines. Mills, even then, was widely regarded and respected in the industry for its service and support, and Okuma & Howa technology was considered state-of-the-art.

“We attended a meeting with Peter Mills who arranged to get the machine installed at our facility, and for us to trial it for 3 months, free-of-charge. He also provided details of a competitive finance deal we could take advantage of if we decided to purchase the machine after the 3 month trial period had ended.”

Even though neither party would have recognised it at the time – this was to be the start of a long and enduring partnership between both companies.

And as for the Okuma & Howa VMC…it was eventually sold by CPL in 2010 after 28 years’ service!

This company operated independently, building its own profile, reputation and a strong customer base until 2003, when it merged with Craychase Ltd., to create a new entity…Cambridge Precision Ltd., with Richard Hobbs at the helm.

During this period of expansion and growth, CPL maintained its relationships with Mills CNC…which itself had undergone a number of transformations from Mills Marketing Services to Mills Manufacturing Technologies and, most recently to Mills CNC.

CPL is a dynamic and innovative company.

To stay ahead of the game and to ensure it has a competitive advantage, the company regularly reviews and benchmarks its performance…making adjustments and changes to its operations to exploit new and emerging opportunities as they arise.

Evidence of CPL’s responsiveness and ability to act quickly and decisively are many and varied, and include:

“We operate in a highly-competitive environment. Ongoing investment in staff development, systems, processes and plant is critical to maintaining our leading position across all the markets we serve.

“The creation of dedicated machining cells makes us even more efficient and productive, and the upgrading of our assembly, testing and R & D facilities means we can offer customers a total manufacturing ‘concept through to completion’ service.”

Through all of these changes one thing has remained constant…CPL’s business relationship with Mills CNC.

“We expect and demand a great deal from our machines – and from the manufacturers that supply them.

“Doosan machines deliver excellent performance and represent good value. The technical, applications and after-sales service and support provided by Mills is hard to fault – so much so in fact, that when we need to replace or upgrade our machine tool technology…Mills CNC is always our first port of call.

“Mills’ commitment to service and support, including its CNC training resource delivered by the CNC Training Academy…its machine tool financing arm (Mills CNC Finance)…its extensive UK-based parts operation and its team of highly-qualified service engineers – are all services we use and have all contributed to Mills becoming one of our most valuable and certainly our longest, preferred suppliers.”