When you have the biggest presence at MACH, exhibit 19 machines from your stand (including the largest machine tool at the show), and use the event to launch seven new Doosan machines into the market – you expect to be busy.

And so it proved for Mills CNC, the exclusive distributor of Doosan machine tools in the UK and Ireland, who announced that its attendance at MACH 2016 was incredibly successful and that 18 new Doosan machines were sold direct from its stand in Hall 5 over the five days.

Mills CNC approached and exhibited at MACH 2016 in an upbeat mood.

The company had just experienced strong and resurgent sales in the first quarter (especially in February and March), and was using the MACH exhibition as a high-profile, national platform to launch seven new Doosan machines into the market.

Whilst not necessarily setting specific sales targets to be achieved during the Show, the company was quietly confident that a good number of machines would be sold (there and then) from its Stand – and that significant leads and enquiries would also be generated.

As it transpired a total of 18 new Doosan machines were sold making this year’s MACH the most successful in Mills’ history.

“MACH was brisk, busy…and brilliant for us.

“We were, quite literally, rushed off our feet every day and welcomed hundreds and hundreds of visitors onto our Stand.

“The fact that we sold 18 machines was a real bonus, and demonstrates the continuing and enduring popularity of Doosan machine tools amongst precision component manufacturers.”

The machines sold during MACH included a number of Doosan models making their MACH debuts.

Machines that particularly drew in the crowds on Mills’ Stand included the new large DHF 8000 (a 5-axis simultaneous, twin-pallet horizontal machining centre ) which, incidentally was the largest machine tool to be exhibited at MACH; recently-launched Puma 4100 and Puma 5100 lathes; and Mills’ new ‘plug and play’ SERVAL Compact Automation Cell. 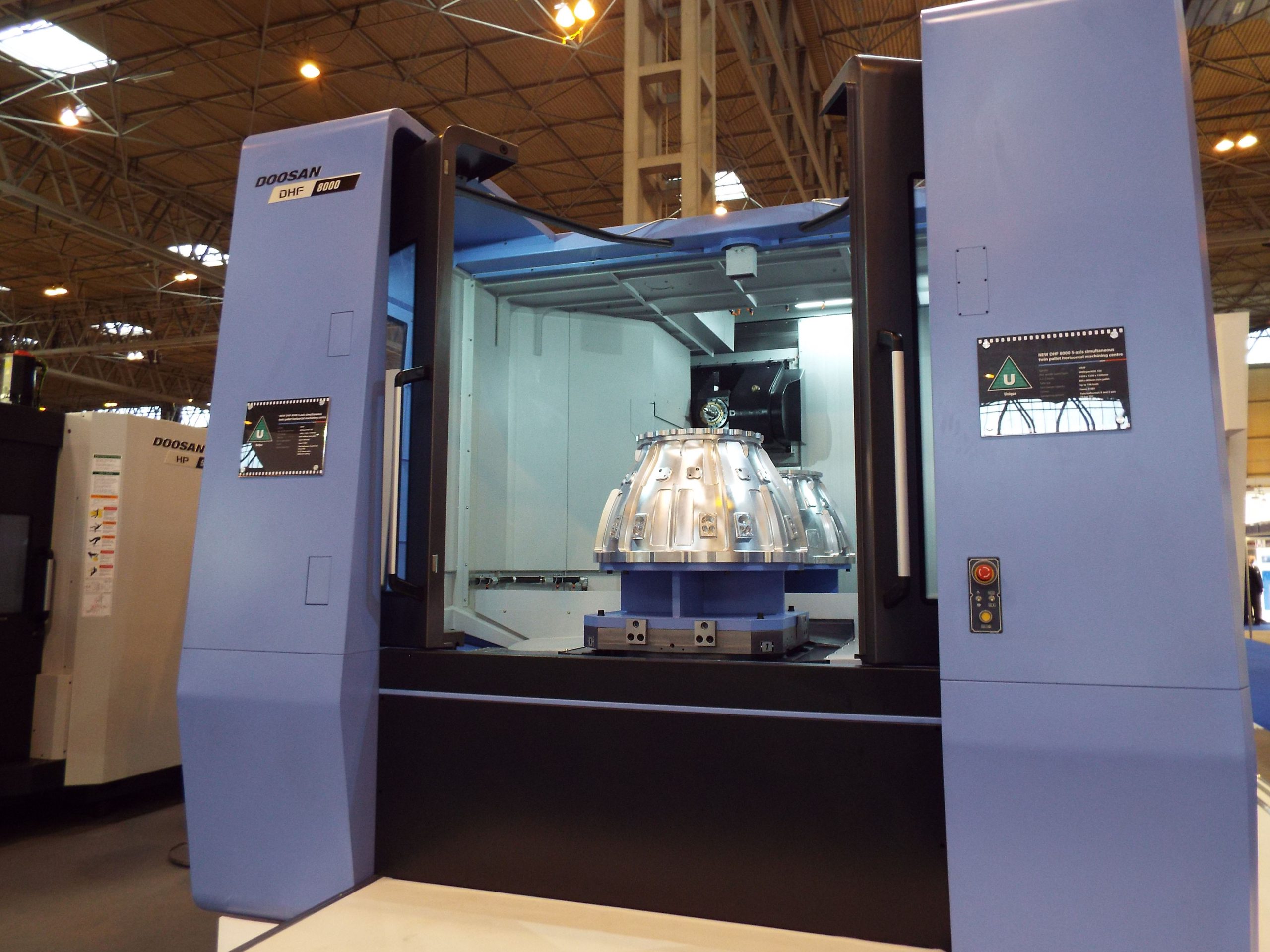 “It might appear somewhat clichéd to say that our Stand had something for everyone – but with lathes, turning centres, 5-axis machines, 3-axis machines, tapping centres, horizontal machining centres, multi-axis mill-turn machines and a high-productivity automation cell all being showcased…it most definitely was the case.

“The Doosan range is extensive and comprehensive, and its depth and breadth is second to none.

“Visitors, I’m sure will have been impressed by what they saw of us at MACH. But I can guarantee that a visit to the Mills CNC Technology Campus in Leamington to see the 70+ Doosan machines we hold in-stock and the other improvements made to our facility in recent months is even more impressive.”